How to NOT Look Like a Tourist in London

And how I failed miserably in this respect… 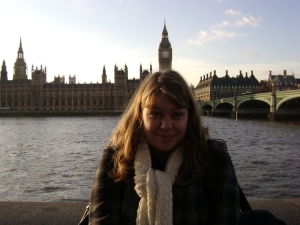 Hello friends! And welcome back to another instalment of Hailey’s travel tips. Today I have a simple life lesson that stands no real purpose other than perhaps making you feel slightly better about yourself, but in actual fact, will have little difference and no one will really notice. Because let’s face it…it’s a crazy, complicated, ever-changing world, and no one really knows what the fuck they’re doing.

I’ll also have you know, I am basically an expert in what NOT to do…as every single one of these things…I have done. Perhaps repeatedly.

Let’s get started shall we!

-Avoid taking pictures of literally everything…tube stations…street signs…pigeons….bits of writing on the ground.  It can get out of control pretty quickly. Next thing you know you’ll be snapping photo’s of empty restaurant tables and what’s on the television. Then eventually wondering why you did so several years later while trying to write a blog post about it.

-Also avoid selfies in front of national monuments and playing in red phone booths. The local consensus is to just use them for public lavatory’s. 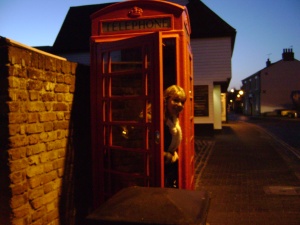 -Ordering a white tea, will get you a black tea with milk in it…for some reason.

-A tartan scarf and Chelsea boots isn’t enough to mask your thick Canadian accent; which until recently you didn’t realize you had.

-Stand on the right for christ sakes….escalators are your friend, but if you stand on the left, you’re going to get bowled over by am unapologetic solicitor on his way to work.

-Don’t try to pull a suitcase through the paddles at tube stations. You  may think you’re quick enough, and that your luggage is small enough…but it WILL get stuck, and a scary security guard will have to free a very embarrassed you who holds up the line, while strictly instructing that in future use the doors designed for prams and wheelchairs.

-Don’t deliberately try to speak with an accent. Nine times out of ten you come out sounding like an Australian. Dead giveaway.

-Dress in layers, sensible footwear and have an umbrella with you at all times. Tourists are generally wetter than locals. 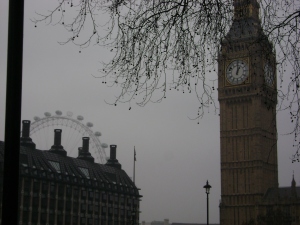 -When walking, if you’re very serious about blending in, walk briskly and look where you are going. Gentle saunterers who are staring at the sky are nearly always mocked by passers by…not necessarily for being a visitor, but more likely because the lack of attention paid to the walkway caused them saunter right into a post.

-Standing and looking in a confused manner at the wall-mounted spaghetti factory that is the Tube Map, is a beacon of your touristy origins.

-The NUMBER ONE way to let the world know that you’re just here to visit, is after you’ve mastered the ‘queue’ and patiently waited your turn, bought your train ticket to the destination station of your choice, and are asked by the attendant for..say… 6 pound 40, you fail in all entirety to sort through your change to find the correct denomination. A pocket full of strangely heavy, oddly shaped currency baffles you and you eventually just throw it all on the counter and hope it’s enough to cover the fare and escape the judgemental eyes of the Londoners behind you. Unless of course you were smart enough to get an oyster card…But you weren’t.

Seriously though…what on earth is the point of a tuppence! And why is it so huge if it’s not worth anything!  In a world where 5p look like dimes, 10p look like quarters and a pound is smaller than 50p, I seem to have no idea which way is up anymore.

Don’t even get me started on the inappropriately sized paper money. 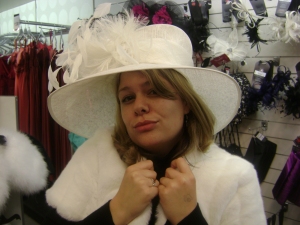 Thanks for stopping by, I hope you all enjoyed my rendition of how to avoid looking touristy in such a fabulous place.

This entry was posted on Sunday, November 9th, 2014 at 6:30 pm and tagged with Advice, Humour, London, Tourist, travel, Travel Tips and posted in Worldly Whatnots. You can follow any responses to this entry through the RSS 2.0 feed.
« Goo Hoarders Anonymous
Should Really Give This a Name… »