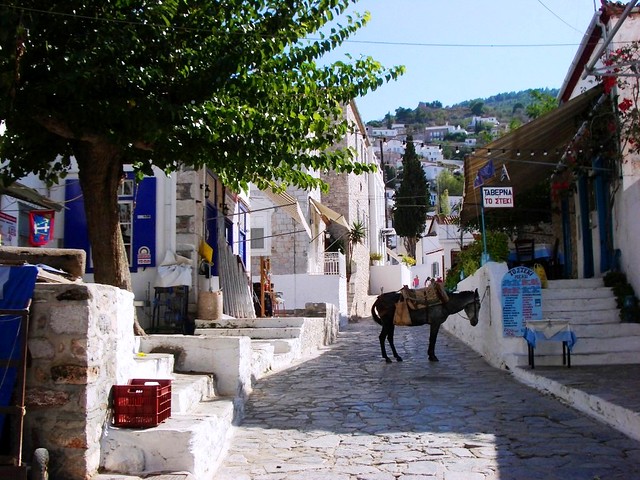 As a young girl, on an international adventure to the far side of the world, I encountered a choice. I was on an idyllic Greek Island in the Mediterranean, wandering the light cobbled back streets, and was approached by a lovely local and after briefly chatting and getting to know one another was asked to stay for dinner. Being 18 and having a boat and head count to catch up to, I was obliged to decline and forever wonder what might have happened if I stayed that night for a once in a lifetime dinner.

Well, today we’re going to investigate the possibilities, and extrapolate in a fun and exciting way, what might have happened that evening if I had decided to stay. First I’m going to lay down some parameters. For the sake of this thought experiment, we’ll say I am 22 years old. Mostly because I wasn’t really into fancy new exciting food at 18. Secondly, it would arguably seem sorta dodgy, staying with strangers in a foreign country, so one may assume I would make better decisions at 22 than 18 (those who know me are laughing right now). Next, we’ll assume I wasn’t on a High School trip and didn’t have a boat to catch or a schedule to keep.

So let’s get crack-a-lacking shall we!

So I’ve been asked to join a local Greek family (very wholesome of course) for a delightful dinner and not having anywhere to be I agree to the generous invitation.

The first thing that crosses my mind is the realization and horror of a complete unfamiliarity of both language and culture; Particularly in a group social setting. Having only just fumbled though conversational Greek as a wandering tourist in town I have no grasp of how to sustain constant communication with another human being for longer than the thirty seconds it takes to buy some olives or a bottle of Ouzo. What in the lowest level of Hades have I got myself into?

I could solely rely on my handy dandy phrase book that has lots of useful phrases such as “efkharisto yia ti filoksenia sas” which essentially means thanks for putting up with me. But upon further investigation, I fear this book isn’t going to be as useful as previously anticipated…

…So now that the phrasebook option is completely out the window, I’ll just have to get by with my wits about me!  The family decides it’s their weekly night to go to the local cafe for a meal, let’s say their strange uncle runs the place right on the water just to make it a family affair.

There is a daughter roughly my age and her English is terrible, but way better than my Greek, so I do most of my communicating through her using my well known over dramatic hand gestures and repetition. Being in the same age bracket and living in the same century makes her surprisingly relateable, considering she lives on an Island that still transports goods by way of donkey. It’s a surreal experience, filled with sounds and smells I never would have dreamed of experiencing all at once. The sea waters are salty and I can smell it on the light breeze. There is spice in the air and a constant bustle as both tourists and locals flit by along the water getting to where they are going. Everyone can feel it, and it helps me take in what it must be like to live here.

At our table, the wind flutters the cream tablecloth and a massive Greek salad is brought to share among everyone. It has large chunks of Feta the size of a deck of cards just waiting to be crumbled into and I may or may not have started to salivate noticeably. A long day of climbing the hills around the town centre will do that to a girl. The tomatoes are ripe and flavourful, and the cucumbers are firm and fresh. As plates are shared, laughter ensues as I try to explain a bit more about myself; why I’ve come to this beautiful place, and where I am off to next. Laughter primarily caused by my misuse of phrases if course. Even in England I found that locals get a serious kick out of one using the wrong words according to the social standard. And that’s even in the same language. I feel like I would do my best in this situation to share in my love of Greek food, family and adventure.

After a lovely dinner I sensed my welcome had expired and with kind regards I thanked them all for their company and was on my merry way, with a few new email addresses to add to my book.

I have always felt a common ground with a certain type of person who is free spirited and open minded, and these people who have on a whim invited a total stranger to dinner are a shining example of the kindness there is out in the world. Where language is not a solid barrier; there are windows through it. All you need to do is draw back the shutters, wipe off the dust and you can see very clearly into a whole other world.

NOTE: If you have a website that you want to easily make accessible to travellers like me I would recommend the use of translation software. It’s bloody amazing how far it’s come in the last few years, and literally translates whole foreign language webpages for them before your very eyes!

Also, the phrasebook that was handy on occasion is called The Lonely Planet Phrasebooks: Greek. 3rd Edition. It was gifted to me by my boyfriend and I will always appreciate it, even if it’s advice may lead me to do terrible terrible things.

This entry was posted on Sunday, December 7th, 2014 at 10:11 pm and tagged with adventure, Coffeeandturtlenecks, Destination, Feta, Food, Greece, Greek Food, Smartling, travel and posted in Worldly Whatnots. You can follow any responses to this entry through the RSS 2.0 feed.
« Christmas in London
And Now for Something Completely Different… »